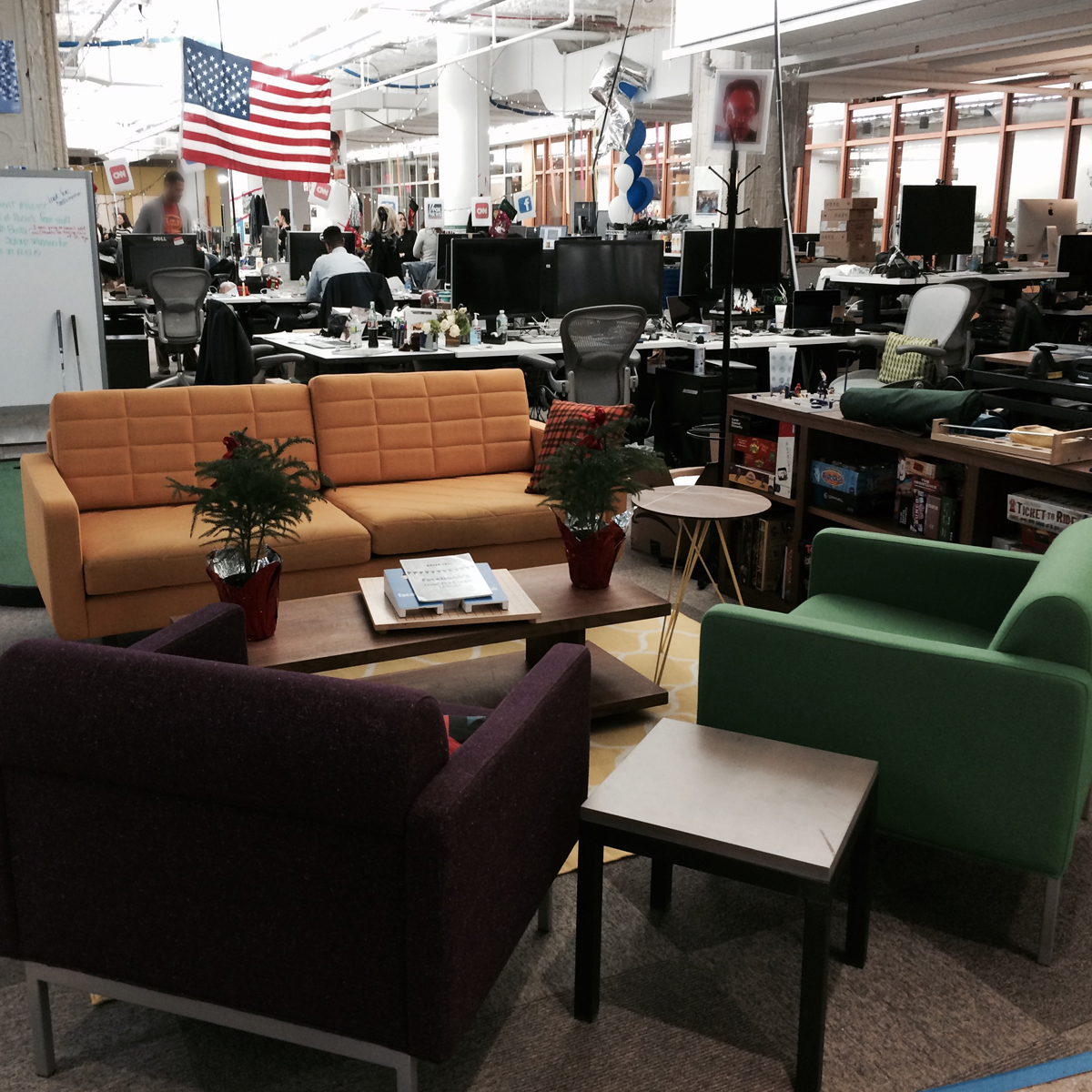 When we arrived at Facebook around 5:30,  a 45ish-year-old man was taking the down elevator, but the hanger-like space was still plenty full of  guys in their 20’s, dressed by Uniqlo, elbow to elbow at computer stations, zeroed in on  their computer screens.  The 800-person New York office is one of seven where Facebook employees, mainly engineers (formerly called programmers), work to enhance your relationship with Facebook. Off in an alcove a group of employees have big TV screens above their computers. That’s  the PR crowd; they tell you what’s trending on Facebook. 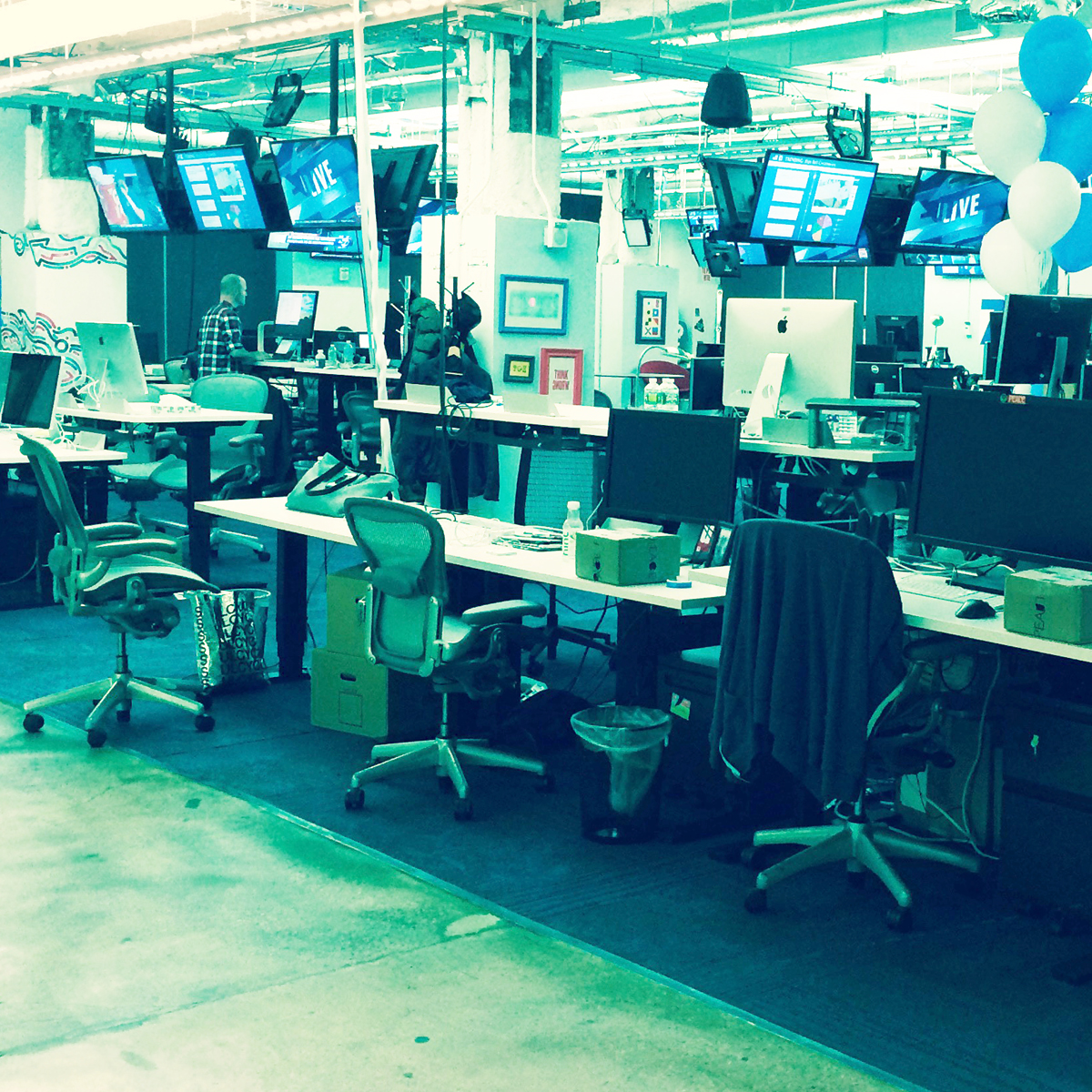 Around 6 p.m., people began to move towards the  buffet lines. Tonight’s menu was Thai. “I miss this food  on weekends,” our engineer friend said. Every night it’s a different cuisine with music. After dinner, some people went back to their computers, while others broke up into discussion groups. Sometimes we saw  a woman among them. Before leaving we checked out the 6 ft+ high stands with free M&M’s and trendy snacks, the toothbrushes with gel, the rooms named for former Mayor Bloomberg’s successes like “No 17 oz sodas.”

It is a work space created for employees to thrive in the digital world. Even the toilet stalls had posters asking for inspiring stories that  Facebook would share with other employees. And that’s what good advertising is, true stories that your market cares about. 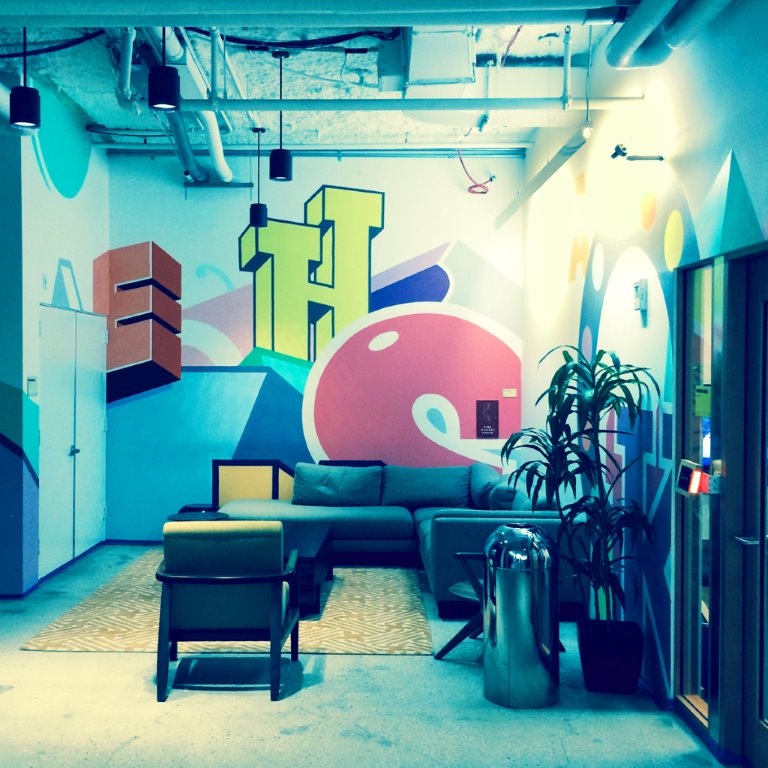